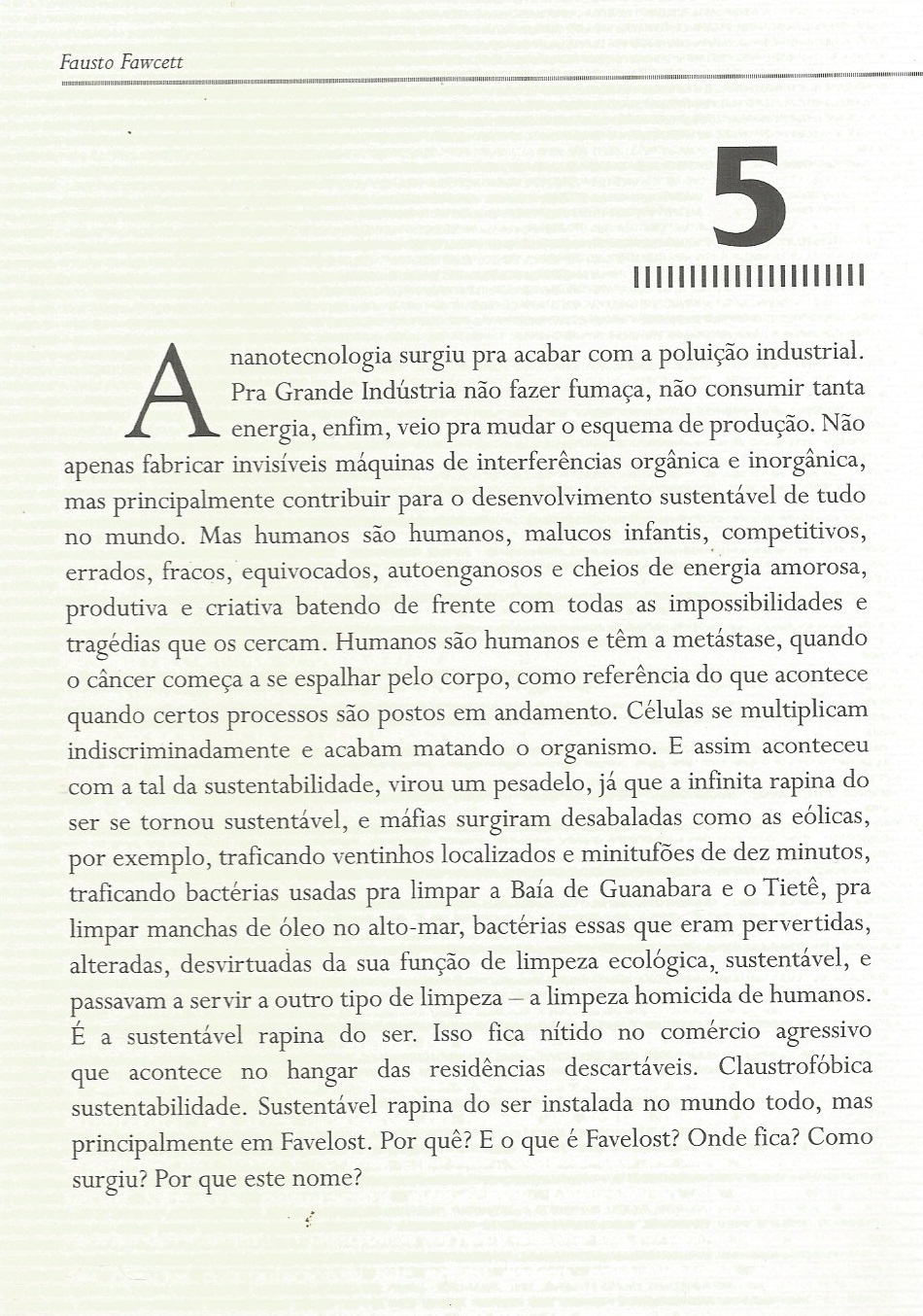 Nanotechnology was invented to end industrial pollution. For Big Industry not to make smoke, not to consume so much energy, it came, thus, to change the means of production. Not only to manufacture invisible machines of organic-inorganic interference, but mainly to contribute to the sustainable development of everything in the world. But humans are humans, childish lunatics, competitive, wrong, weak, self-cheating, and full of erotic, productive and creative energy colliding with all impossibilities and tragedies surrounding them. Humans are humans and have metastasis, when cancer starts to spread throughout the body, referring to what happens when certain processes are put in motion. Cells multiply indiscriminately and kill the organism. And the same happened with said sustainability, it became a nightmare, for the infinite pillage of being became sustainable, and mafias were created unshaken as the eolic ones, for instance, smuggling contained breezes and 10-minute long minityphoons, smuggling bacteria used to clean Guanabara and Tietê bays, to clean oil stains on the sea, bacteria which were perverted, altered, dislodged of their ecologic and sustainable function of cleansing, and came to serve another type of cleansing – the homicidal cleansing of the human kind. It is the bearable pillaging of being. This becomes clear when considering the aggressive commerce happening in the hangar of disposable residences. Claustrophobic sustainability. Bearable pillage of being installed in the whole world, but mainly in Favelost. Why? What is Favelost? Where is it? How did it come to be? Why this name?

Fausto Fawcett is a poet, singer and songwriter from Rio de Janeiro, famous in the late eighties and early nineties for his compositions “Kátia Flávia, Godiva do Irajá” and “Rio 40ºC”. One of Brazil’s exponents of rock rap and cyberpunk literature.